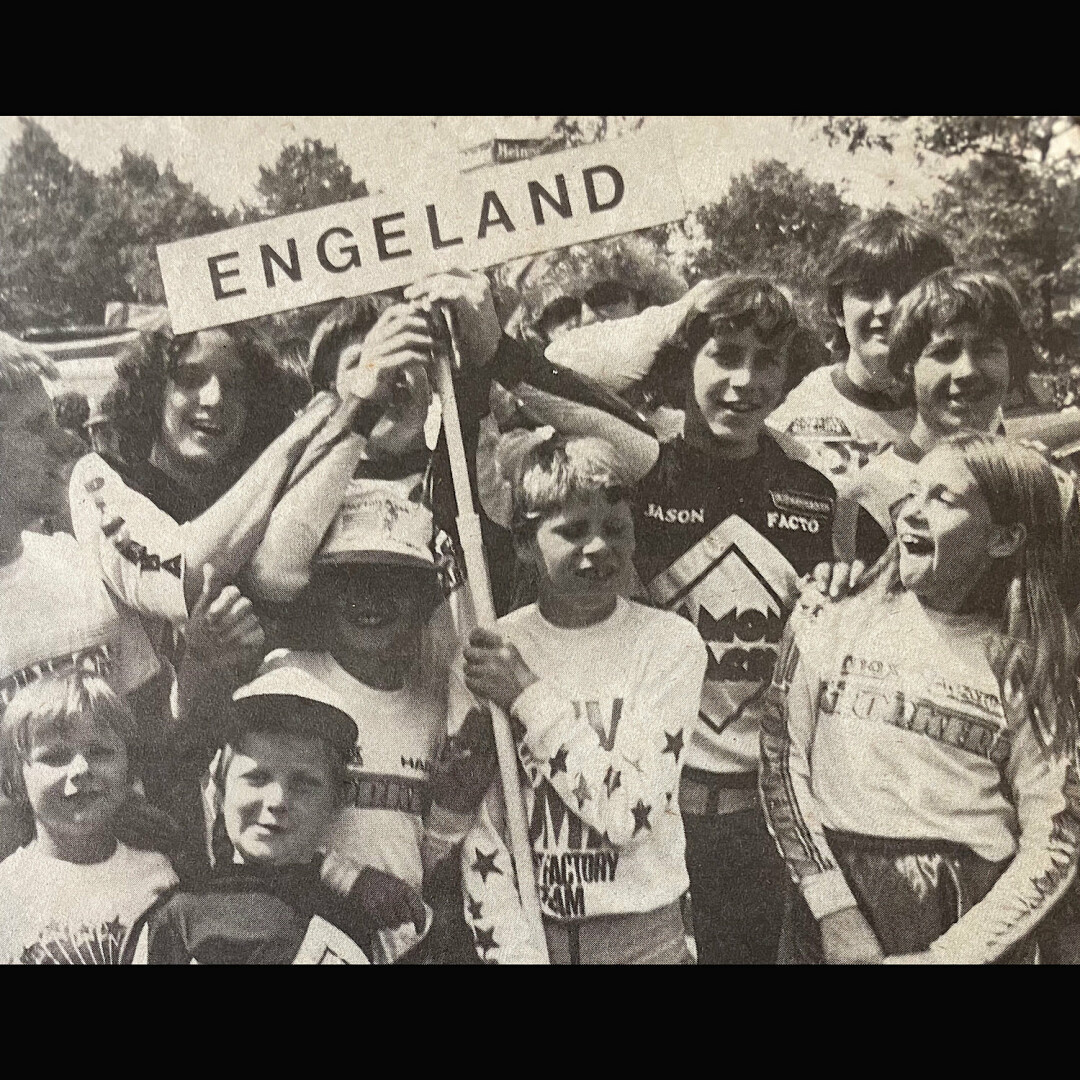 The first Official IBMXF European Championships were held in 1982 in Beek en Donk, Holland, with over 90 British riders making the trip. It marked the first time our riders won a major International title outside the UK, with Tony Slater and Ben Swift both becoming European Champions in their respective classes.

Another first for the event and for most British riders were the experience on an electric start gate with traffic lights, something that still had not been introduced yet back home at the Nationals.