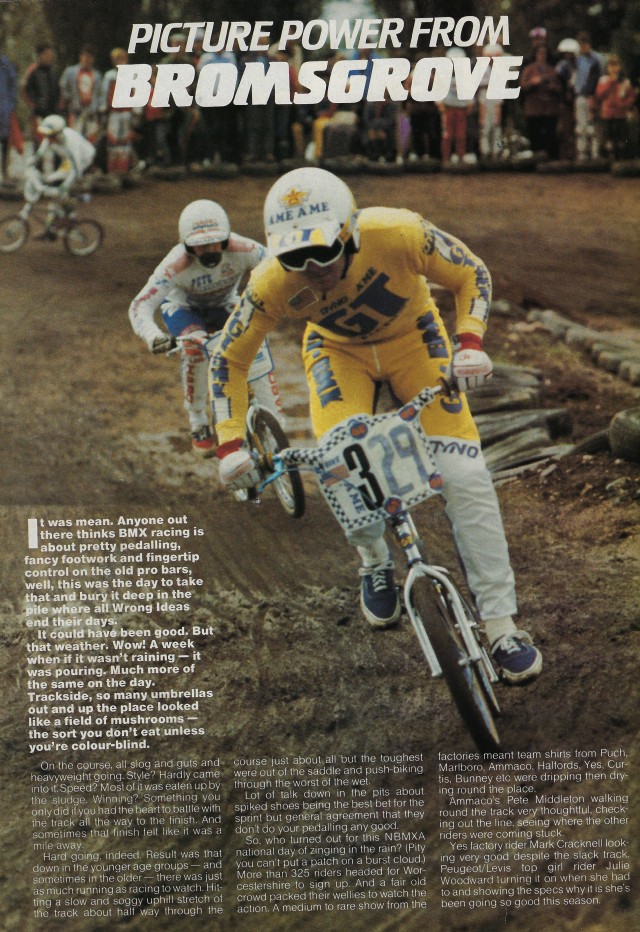 1984 NBMXA National at Bromsgrove in the West Midlands has got to go down as one of the muddiest UK Nationals of the 80s and probably 90s as well thinking about it. What did make this race interesting was appearances from GT/US riders; Robert Fehd, Kevin Hull and Darwin Griffin who had made the trip over.  Fehd and Hull went 1st and 2nd in 17+ but Griffin had problems and didn’t feature top 3 in his class (15 expert) which was won by the new kid on the block at the time, Gary Llewellyn, who had just got onto Mongoose earlier that year.