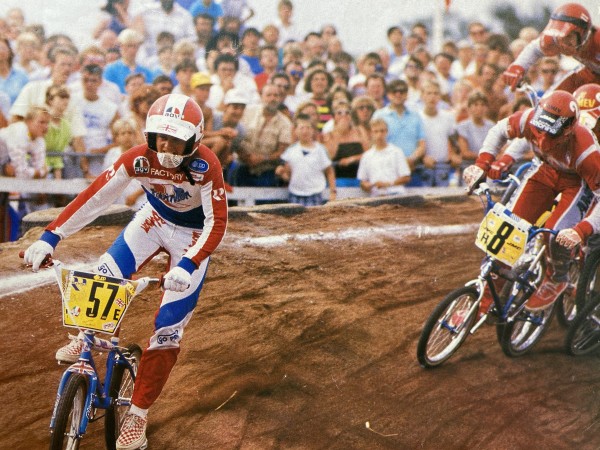 1986 was a big year for Tom Lynch coming into Superclass at only 16, signing for Tony Hoffman’s Robinson Team and quickly becoming the main man to beat in the class. Halford’s Darrin Stock challenged but by mid-summer, Tom was lighting up the comp in true Lynch fashion coming from behind. His performance at the 86 Euros in Germany beating the Dutch Amev Superclass Team in the final was impressive and still talked about today.

At the Slough Worlds again Lynch was looking like the guy to beat finishing 3rd in the Final which was a huge result even though we know Tom wanted more. The Dutch Amev were not about to let it happen again but it was still a great few weeks for the Lynch Man.