By the time the 1985 IBMXF World Championships had come around in Whistler, Canada Craig Schofield had already established himself on the race scene. Riding for Mongoose and then onto Raleigh, Craig was a multi-time National Champion, with big wins in Europe and World Championships finalist in both 1983 in Slagharen, Holland and Japan in 84; but by 85 it was time for Craig to challenge for that all-elusive World Title. In the run up a few years before Whistler, Craig had not had it easy on the domestic front battling hard with Gary Llewellyn trading wins but maybe it was the rivalry that was needed to get him to step it up another notch on the World stage. There was a rumored promise of a Porsche if he won, whether true or not, Craig snapped out the gate in that 85 Superclass World Final and took the World Championship win over France’s Xavier Redois and Holland’s Phil Hoogendoorn. 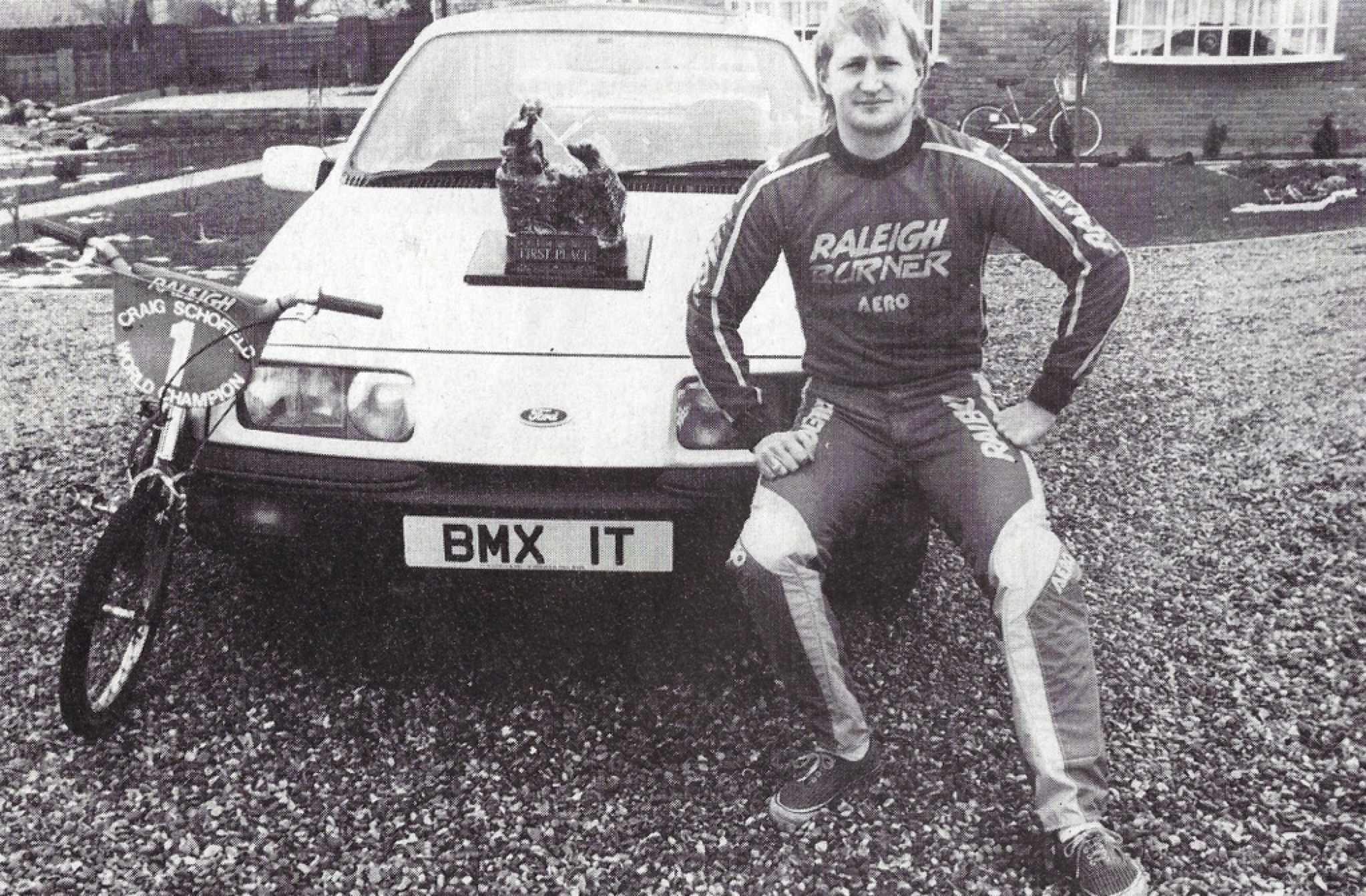