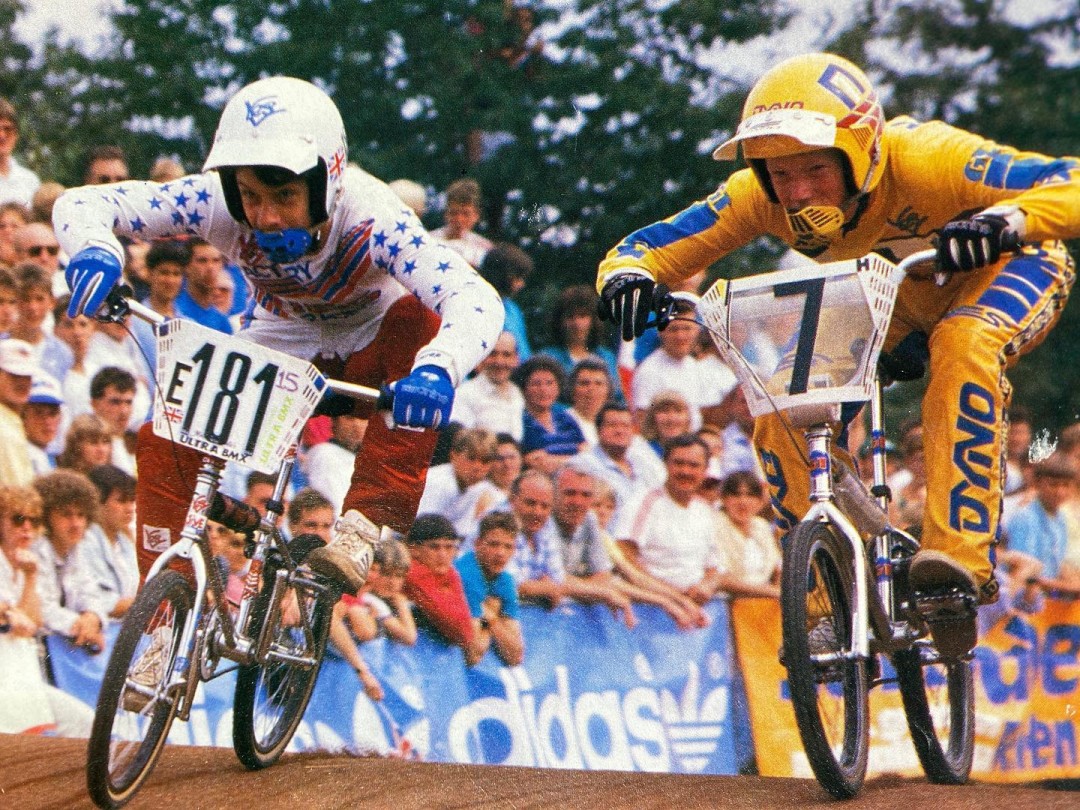 Today we’re touching on perhaps the most successful and if we’re talking 1986 most dominating and maybe under the radar BMXers to come out of Scotland/England, Mr. Andy Welsh.

By 1984 Andy was already making waves getting on GT and battling with the UK and European Number 1, Wayne Llewellyn in one of the toughest age groups with the likes of Wayne, Simon Hayes, Dean Iddiols who also became European Champions – then add in from the NBMXA side; Nick Dalton, Sean Field, Paul Clarkson the list of names in that age group alone during the 80s was a tall order just to make a National Final.

Still, 1986 was the big year when Andy became UKBMX National number 1, European Champion and then his 15 expert World Championships win at Slough (From gate 8 as well) confirmed the ultimate domination year for the Scotsman.

Andy decided to turn Superlass a year later at 16 and even though he was so young, he took on and battled with UK Number 1, Tom Lynch all year long which went right to the last National at Hounslow with Andy just missing out to the talented, Mr. Lynch. Andy still proved himself holeshotting the European Championships final in Belgium before crashing and who knows what might have happened in Orlando for the 87 Worlds where Andy winning the Supercass semi and it was looking like we were going to see a head to head with the US’s Mike King until Andy unfortunately flipped the gate in the main and never got chance to battle with American Haro number 1. (F**K ) Private joke for the ones that saw the 87 Worlds video!

Andy raced for a few more years but like most Superclass/Pros in the late 80s and early 90s work and life took priority, there was little money in the sport during this time to make it a full time job and like most riders, Andy moved on even though coming back in the mid 90s and still showed he had it when he lined up on the gate.