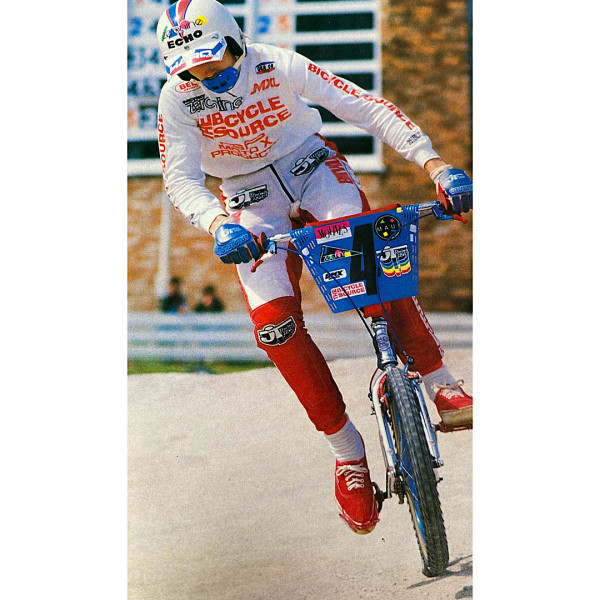 Up next, the 1985 NBMXA British Championships at Derby Greyhound Stadium. Politics came into full effect here as UKBMX decided to run a National at Exeter the same weekend meaning you had to choose if you raced both federations. The only positive was the Pros were able to race Exeter Sunday and blasted up the motorway to Derby Sunday night and raced the British Championships Monday which was a Bank Holiday.

Still, Derby had 1200 riders despite the clash and even though a lot of the Factory big names were in Exeter it opened the door once again like the 84 British Championships for new names to shine. One of these guys was Tim O’Shea, who had spent some time in the States and took the double in 17+ and also 16+ Cruiser.

In the Pros, Pete Middleton took the win (325 pounds) over the 3 finals keeping it consistent all day long. Geth Shooter placed 1, 1, 6 in the finals but handed the win to Pete with that last main finish but still earned himself an extra 250 pounds for the NBMXA overall Series for 85.