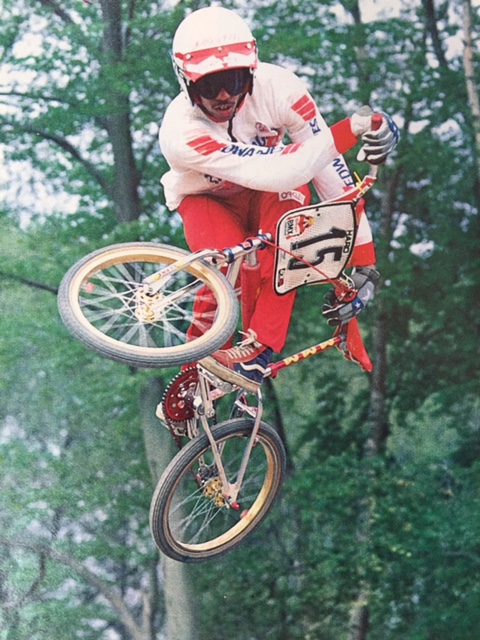 So many talented riders came out of London during the 80s in both Freestyle & Racing. Charlie Reynolds from South London was not only a talent on a bike but also a huge personality off the bike. If reality TV was around during these times, I could not think of a better candidate than Charlie to feature on any TV show. The ratings would have gone through the roof — he was that good.

There are so many legendary stories and quotes from the Charlie era, if you were around during these times then I’m sure you would of heard or saw the blacked-out BMW with a Boom-a-rang suited with a VIP bar and TV in the back seats. (remember this is the 80s ) Charlie pulling 360 over Wigan’s Kong Pro-Section Jump with Moon-Boots on, the huge Miami Vice Mobile phone and bum bag always full of cash, the huge 360 at the 1990 World Championships in France and who could not forget the 720s most of the time shirtless, with no helmet on.

Charlie was a showman but backed it up. Not many people could challenge Geth Shooter during his rise through the ranks, but Charlie battled and beat Geth on many occasions during their expert class days.

Charlie definitely hung up his helmet before his sell by date but always would make a few appearances over the years, win some races, bust out some 360s then be gone again.