Gary Llewellyn, much like his younger brother Wayne, was super talented and on another level from battling Craig Schofield in both 15 expert & Superclass, to turning Pro mid-season in 1985. Gary had no problem going head-to-head with Ruffell, March, Shooter and co right off the bat. In this shot, Gary leads over King Kong at Wigan for the final 1985 UK BMX National of the year, which featured 800 riders & 120 motos. 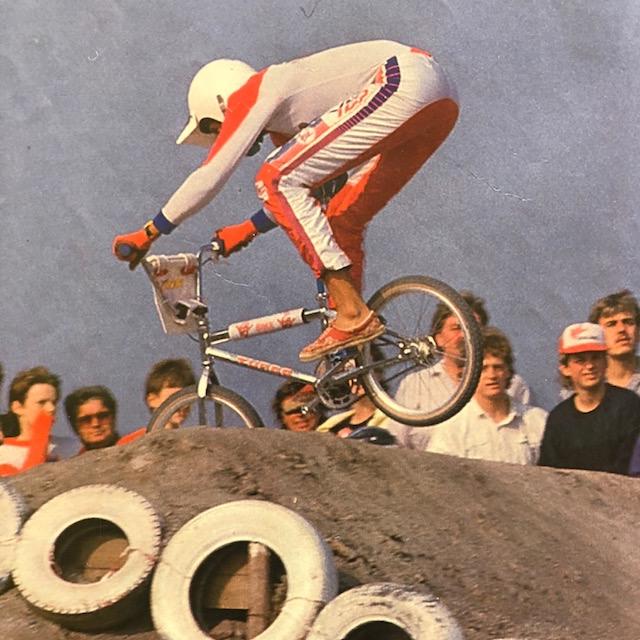