There are definitely a few key pioneers of the sport of BMX in the UK in this shot. Geoff Wiles on the mic who helped launch BMX in Britain along with Malcom & Sue Jarvis and Alan Rushton. Geoff also did some commentating on television as the sport of BMX took off. Next to Geoff, Steve Gratton, who was was ranked number 2 in the UK back in 1982 in the 16+ class behind Robinson’s, Alan Woods. Steve was also a well known Skateboarder and behind Steve in the pic is multi National and European Champion, Wayne Llewellyn who was picked up by Mongoose and went big time in racing before retiring and becoming a Heavy-Weight boxer. Let’s not forget the guy chilling on the Raleigh-Commando! 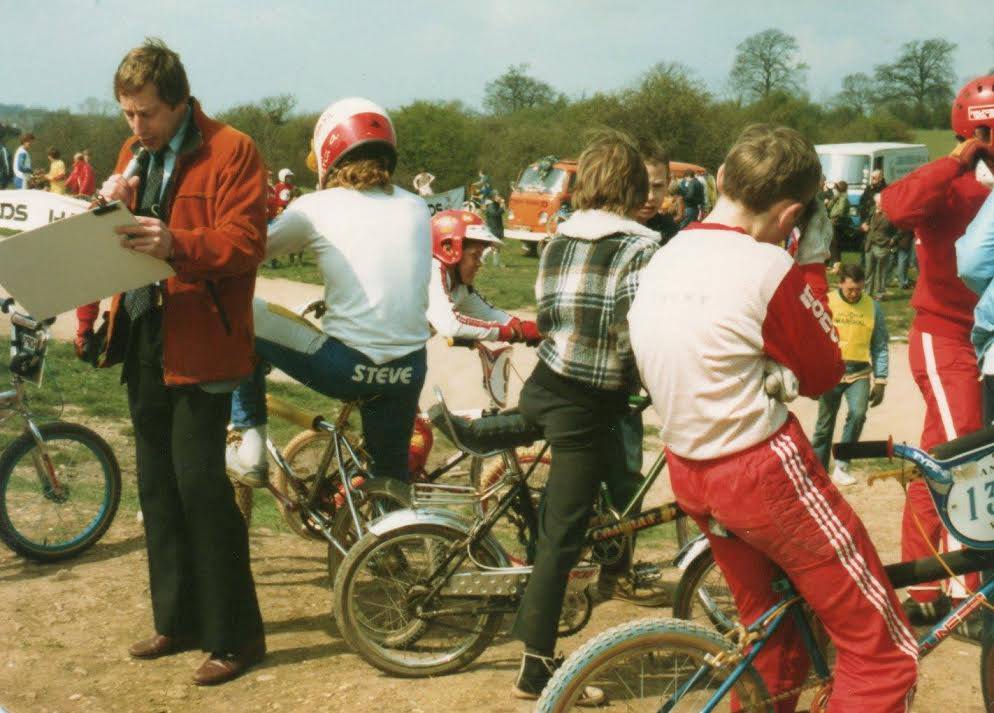