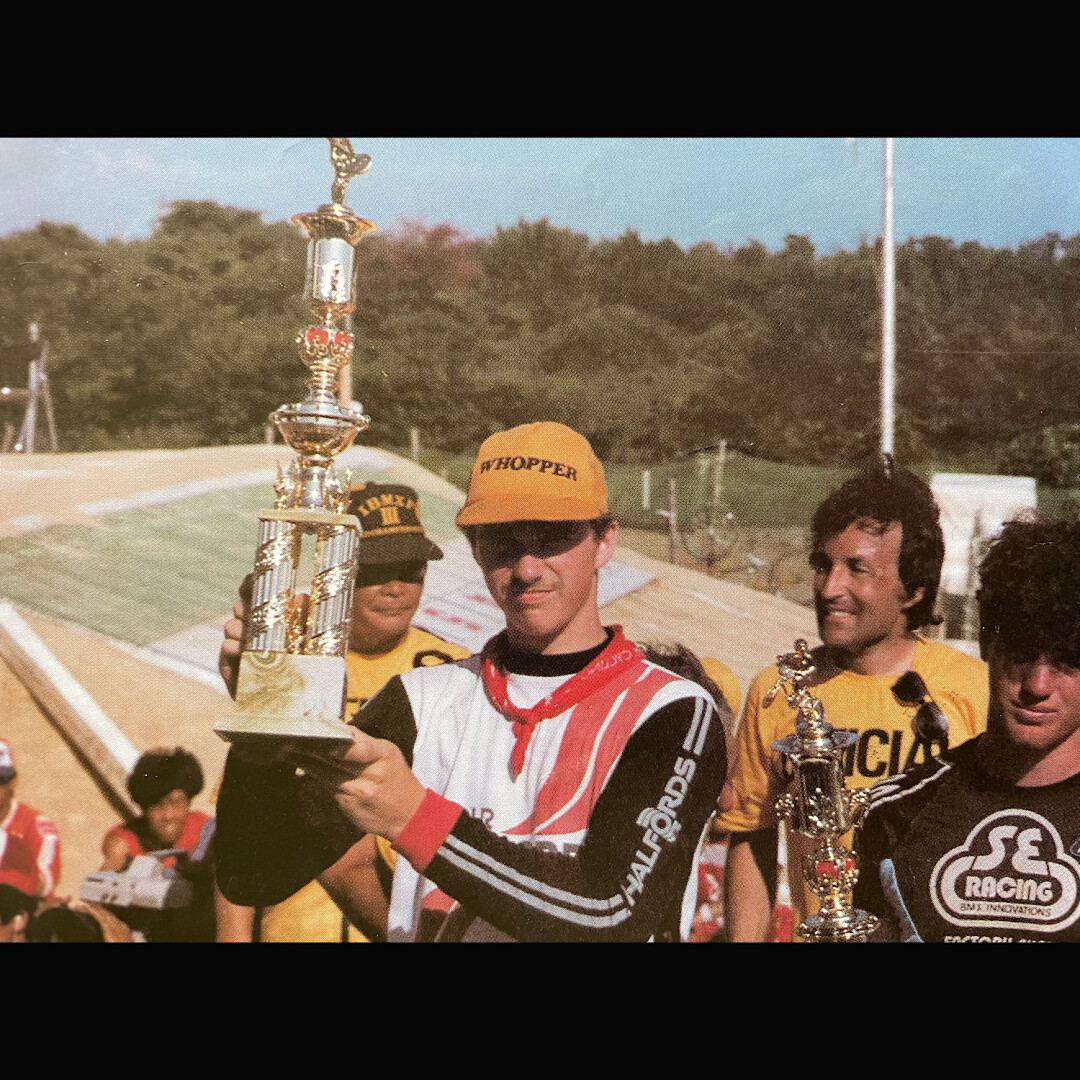 Heading into 1984, the UK still only had 1 World Champion officially on record (Louis Mears winning in Holland in 83) and with the 84 Worlds taking place in Japan and with the European Championships on his home turf in Birmingham it seemed like the Euros would be the priority for our riders looking for international glory and most decided to pass on the trip to Japan.

Still a small group of UK riders made it out to the Suzuka circuit which was close to Nagoya City for the 3rd IBMXF World Championships to date. Out of that small crew both Falcon’s Soap Dodger, David Maw and Halford’s Mark “Whopper” Watkins became World Champions and added their names alongside Louis as British World Champions.