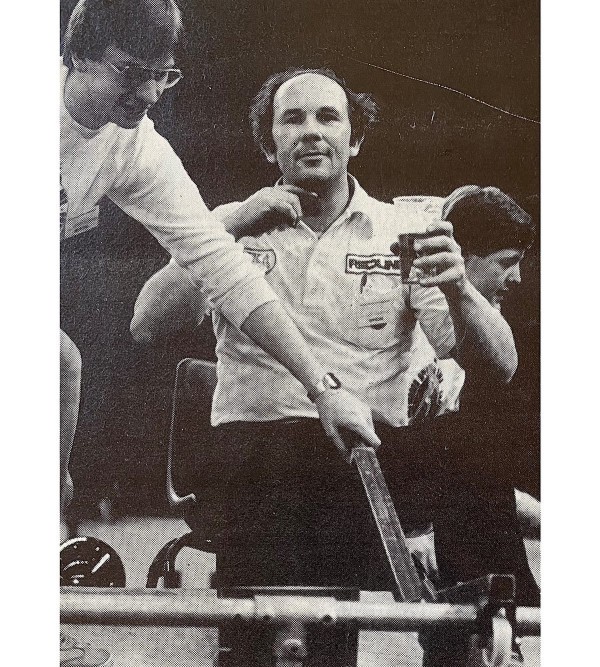 We’re topping over 40 years of BMX Racing history in the UK which also means over 40 years worth of officials and behind the scenes people that have contributed and done so much for BMX racing in the UK that it is really it a tall order to give each and everyone a nod but we will try and hit on as many as possible as we continue to move forward, post and document.

For starters alone there is a long list of legendary names but maybe one of the most well-known, early starters has got to be Mr.Les Slater. Dad of Tony and probably like his partner during the peak years, Vic Roberts Les was featured in the mags regularly and appeared on TV when BMX was shown. Who can forget the clip of him disqualifying Brian Patterson for jumping the gate at the Gateshead round of the 84 Kelloggs that was broadcasted on the show end credits.

This shot of Les was in the 83 Aug issue of BMX Action Bike and from the looks of it could have been taken at the Halfords NEC indoor event.

BritishBMXHallOfFame.com - This site is dedicated to the history of BMX Racing in the UK from its inception. Expect Interviews/History/Blogs and current updates with influential people in the sport from the UK. Email: BritishBMXHallOfFame@gmail.com.