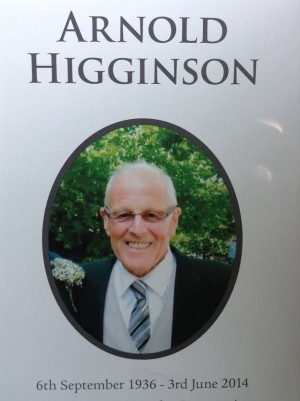 A retired builder, Arnold financed the publication from late 1981 up to 1985. Later becoming BMX Bi-Weekly and taking on a magazine format, it sold over 46,000 copies at its height, and is remembered fondly in Old School BMX circles. It is Arnold’s vision that enabled the recording in pictures and words the start of BMX from within the UK. Arnold was seen at many of the National and Regional race meets with wife Marjorie, and sons Martin, Nigel taking pictures, and Jonathan racing.

Arnold built the wooden start gate and table top at the former Morecambe band arena where the town’s first races were held most Sundays from 1982 on a track made up of car tyres. Arnold approached and persuaded Pontins at Middleton near Morecambe to build a track. That infamous table top then went up to the Pontins race track where the UK Open Championships were held from 1983, and Pontins became home for Andy Preston and Mike Pardon, the BMX Bi-Weekly test team and regulars in the sister magazine, Freestyle BMX.

BMX owes a lot to a lot of people. Arnold Higginson is one of them. His vision helped to create Legends and put the names of racers like Andy Ruffell, Tim March, Alan Woods and Dale Holmes into the homes of many young BMX’ers. RIP Arnold, happy memories.