BMX was already in full-swing in the UK by 1984 with Magazines, TV coverage and healthy National Series events – UKBMX & NBMXA happening all over the country. It also seemed like a new, fresh breed of racing talent was appearing at the Nationals and gaining recognition in the magazines. Specifically, one being, Nathan Lunn, who was first spotted in BMX Action Bike Magazine riding a Torker rocking a Van’s jersey and slip-on shoes. By the time the 84 UKBMX Nationals got underway, Nathan had been upgraded to the Torker Factory Team and was looking to put a serious threat on the number 1 plate in a very tough age group with names like Danny Stabielli, Frazer Campell, Paul Ray and Jamie Staff. Nathan’s sister, Natalie also raced as did his older brother, Jason, who also rode for Torker before having a successful Freestyle career riding for the notable, Raleigh Team during the Ruffell era. Nathan was known for his smooth riding style very similar to Dylan Clayton and we all know how good Dylan was. Nathan didn’t stick around very long it seemed by the end of the 86 season while riding for SE Nathan lost interest and hung it up. Still today, if you pick up any UK Magazines from the mid 80s or scroll around on the internet you will find so many awesome shots of Nathan who always had that fresh, stylish Factory look. 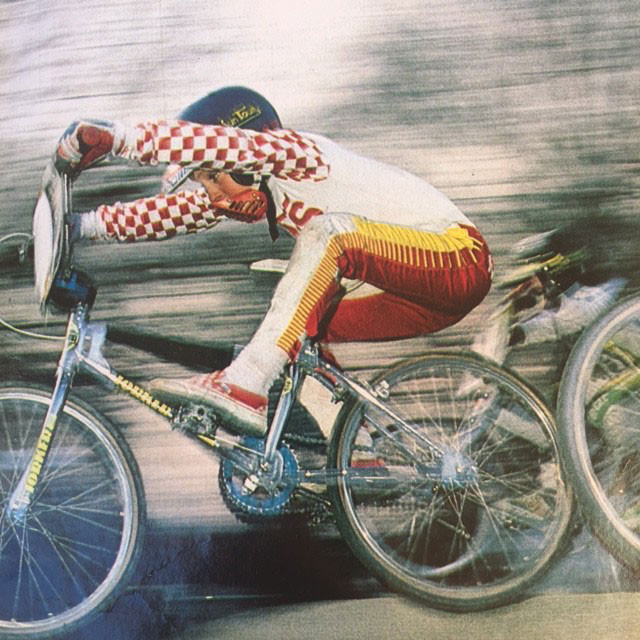