Nick Lacey was one of the few riders to beat Dylan Clayton for a National title during his time racing in the late 80s and early 90s but not to be content with just British titles, Nick had some big wins in Europe also winning the European title in 1989 while riding for Links Racing. Still, Nick’s real stand out year came in 1990 while riding for MCS doubling at the European Championships in Switzerland and then onto winning the World Championships in France a few weeks later ( Lane 8 as well ) in a demanding fashion.

Nick was known for his size, power and good starts but maybe his biggest asset as a rider was his mental strength when it counted.

Shorty after Nick’s World title win, he really had no goals left racing amateur so he turned himself Superclass – and at such a young age, still made finals and podiums numerous times over the next few years before retiring from racing. 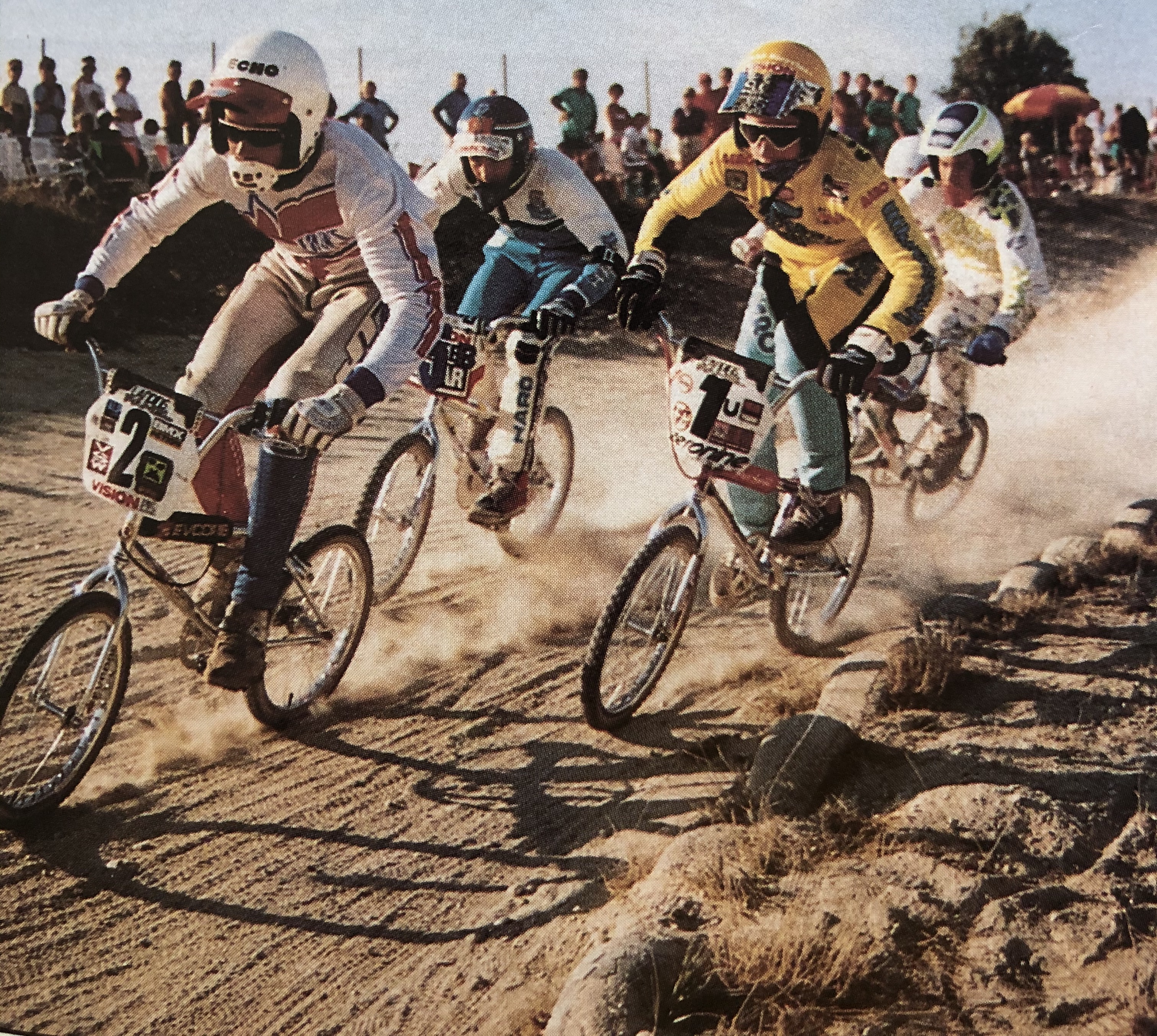