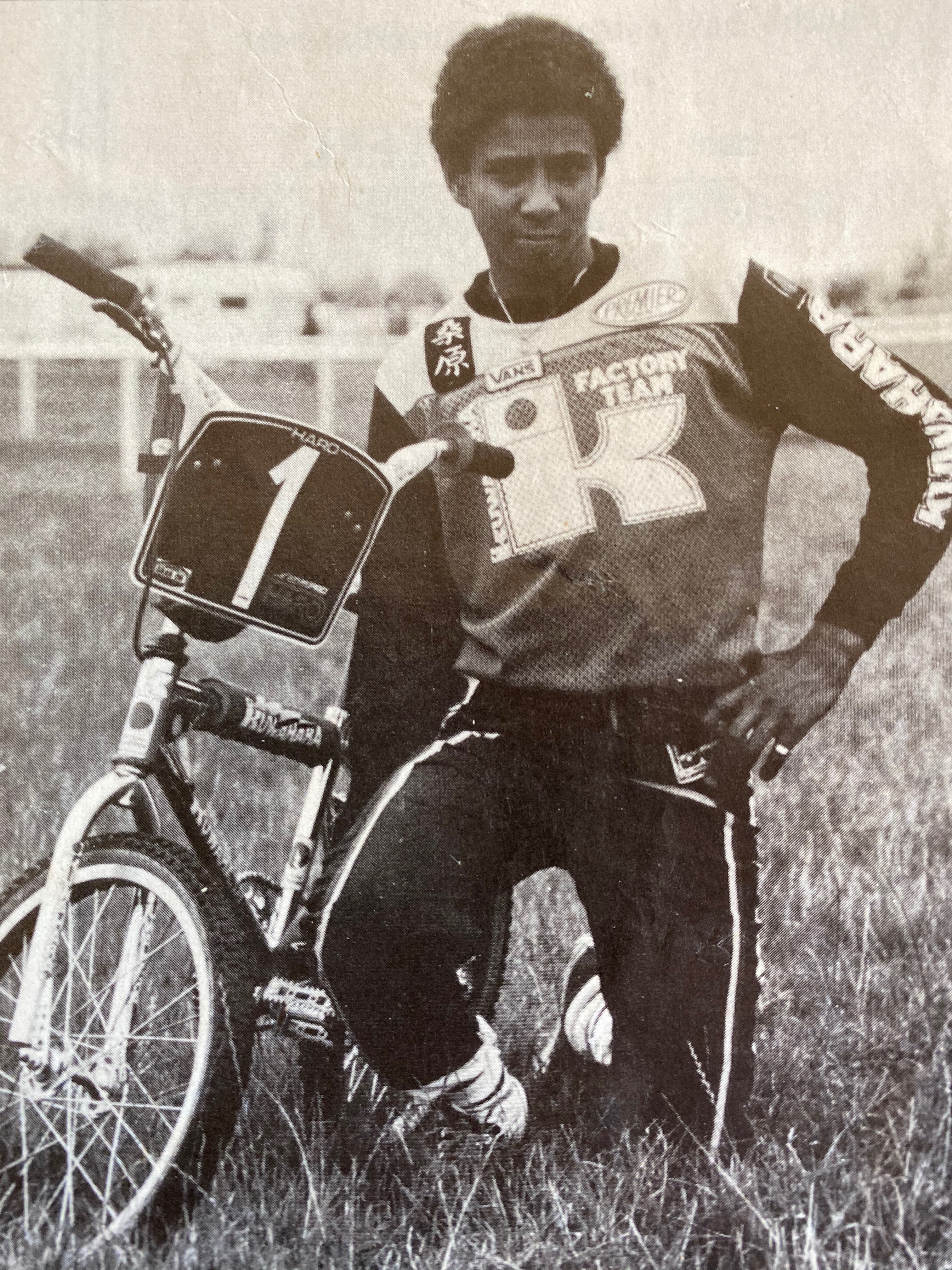 Along with Sam Jarvis, Mark Peat and Andy Ruffell, Nicky Matthews was already a 2 x National Number 1 plate going into the 1983 season. BMX Weekly (Volume 3 issue 2) featured an article on all 4 guys titled, “The Fab Four”. Nicky was part of the ACE Team with Andy Ruffell, Pete Middleton & Cav Stutt before moving over to Kuwahara. Nicky lost the number 1 plate in 1983 to Martin Jose and it seemed like he had lost interest by 84 but had a resurgence in 85 & 86 turning Superclass, riding for Suzuki and had some good, consistent results in both the UK and Europe during this period. Nicky raced Pro periodically during the 1987 season winding it down and has not really been seen in the BMX World since.