Pete Dawson was involved in BMX in the UK right from the start. You may have known him as Dave Dawson’s dad or the team manager of the successful Redline and Patterson Hotshot teams that sponsored the likes of a Geth Shooter, Sarah-Jane Nichols, Tom Lynch and many others to great success. Before that Pete was heavily involved behind-the-scenes.

Of all of the projects Pete was involved in, the building of the Redditch track, one of UK’s first, was one of the most notable. Pete was a great engineer and fabricator and made the first start gate for Redditch. He was a part time journalist who often wrote reports and articles for the early BMX press, BMX News and BMX Weekly. He was always present at Midlands events and was the resident race commentator at Redditch, commentating at the Anglo American Cups and the NBMXA British Championships at Derby.

In 1984 Pete joined Hotshot and worked in sales and taking on the role of team manager to build race teams under the Hotshot, Redline and Patterson brands. Pete loved BMX and had so many friends from those days that always kept in touch through Facebook. In more recent years Pete spent a lot of time building bikes for his son Dave to campaign in national twinshock and classic trials events where he produced some of the best bikes in the UK.

Last week, we sadly lost Pete after a very short and unexpected illness. Our condolences go out to Dave and all the Dawson family.

Picture: Pete on the microphone at the 1982 Anglo American Cup. 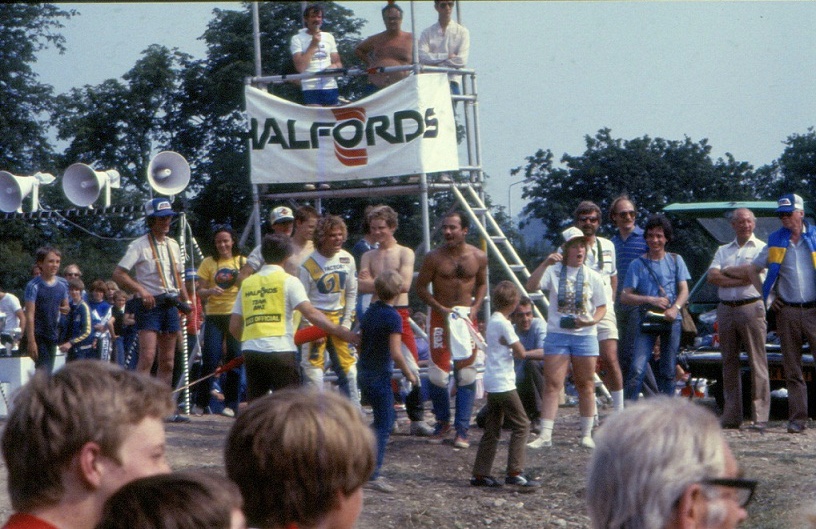