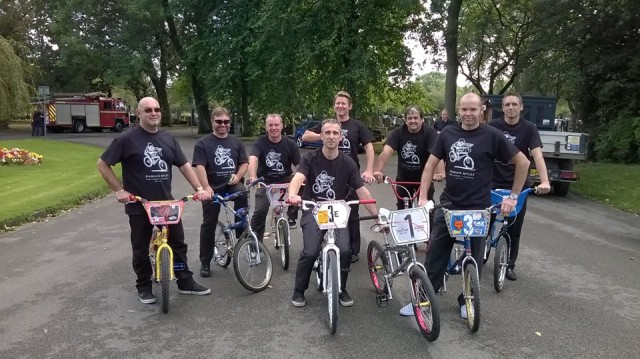 Today, Damian Myles was laid to rest. Seven bmx’ers lead him out as Guards of Honour, making Damian the 8th rider on the gate with a special Hutch bike and Aero custom Hutch/Mongoose number plate. Carl Hughes, Darren Oakes, Scott Williams, Darren Nelson, Darren Reidy, Simon Bailey, Andy Oldham and John Bentley all led the way on their bikes sporting Damian Myles UKBMX Legend t-shirts along with Damain’s family and friends. Andy Oldham and Darren Nelson were ranked UKBMX National number 2 and 3 in 1983 behind Damian which makes it even more special from the BMXers side and respect to Damain. Thoughts go to all the family and friends and of course, little Ruby. RIP Damian Myles.