Not many riders had the chance to challenge or even beat Andy Ruffell during the 1983-85 years but one guy that did was Hutch’s, Simon Bailey from Doncaster. It was the 1984 NBMXA Nottingham Re-Run Nationals where basically the first scheduled Nottingham National of the year had ran out of day light during the semi finals so another date was set to finish up the meeting. The real challenge was getting everyone that had raced the first National to show up for the rescheduled one later in the year.

With Tim Match a no-show, the 17 plus main event looked like a breeze for Andy Ruffell against the NBMXA 17 plus regulars but Simon Bailey had other plans taking the win from start to finish with Ruffell 2nd and John Lee 3rd.
Bailey never went onto win a National number 1 plate but did win the NBMXA British Championships this same year at Derby dethroning NBMXA reigning Champ, Mark Cracknell, he also raced the 1985 Kelloggs series before retiring at the end of 85. 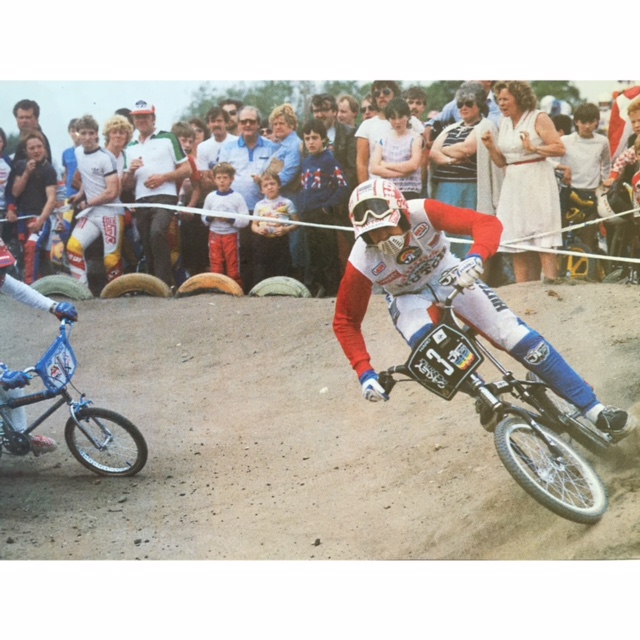