Steve Greaves, Chas Smith, Warren Godfrey & Tim Print are just a few of the names you would hear between the years 1982-86 in the 12 x through 16 x classes in UKBMX & NBMXA. In 1982 Mongoose’s, Steve Greaves was the UKBMX National number 1 but it was in 1983 & 84 – Kuwahara’s, Stu Diggens who was getting most of the wins – taking the UK number 1 plate during these years alongside winning the NBMXA British Championships in 83 and the 84 European Championships in Birmingham. Stu rode for teams like Redline, Kuwahara, a short stint on Raleigh before finishing up his last few years in the mid-80s on ASR before retiring. Steve Greaves, Mark Watkins & Tom Lynch also won major European & World Titles in the class alongside Darren Wood & Lee Alexander who both won the UKBMX titles in 85, 86 (respectively) and Richard Freeman & Tim Print winning titles on the NBMXA side. This has got to go down as one of the most competitive age groups in British BMX during this era. 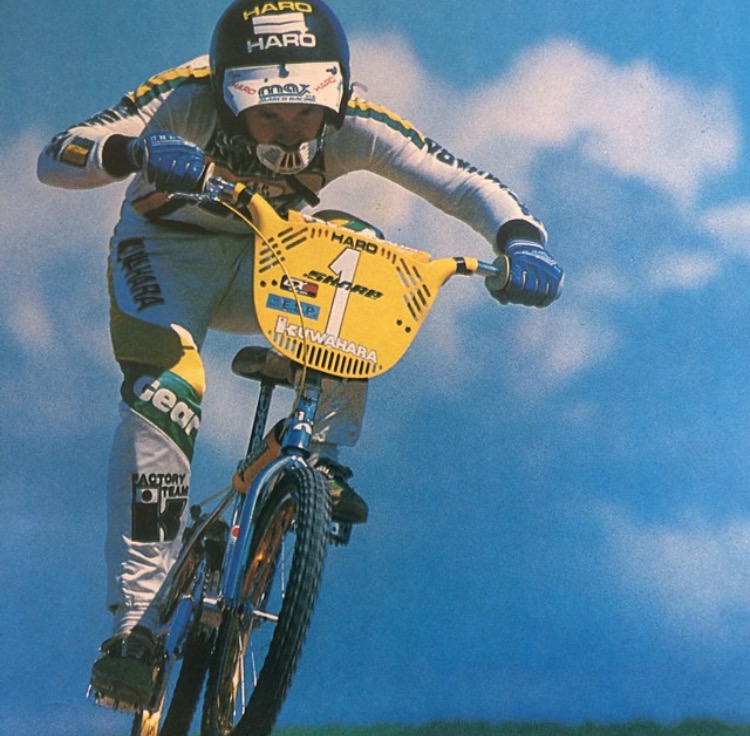