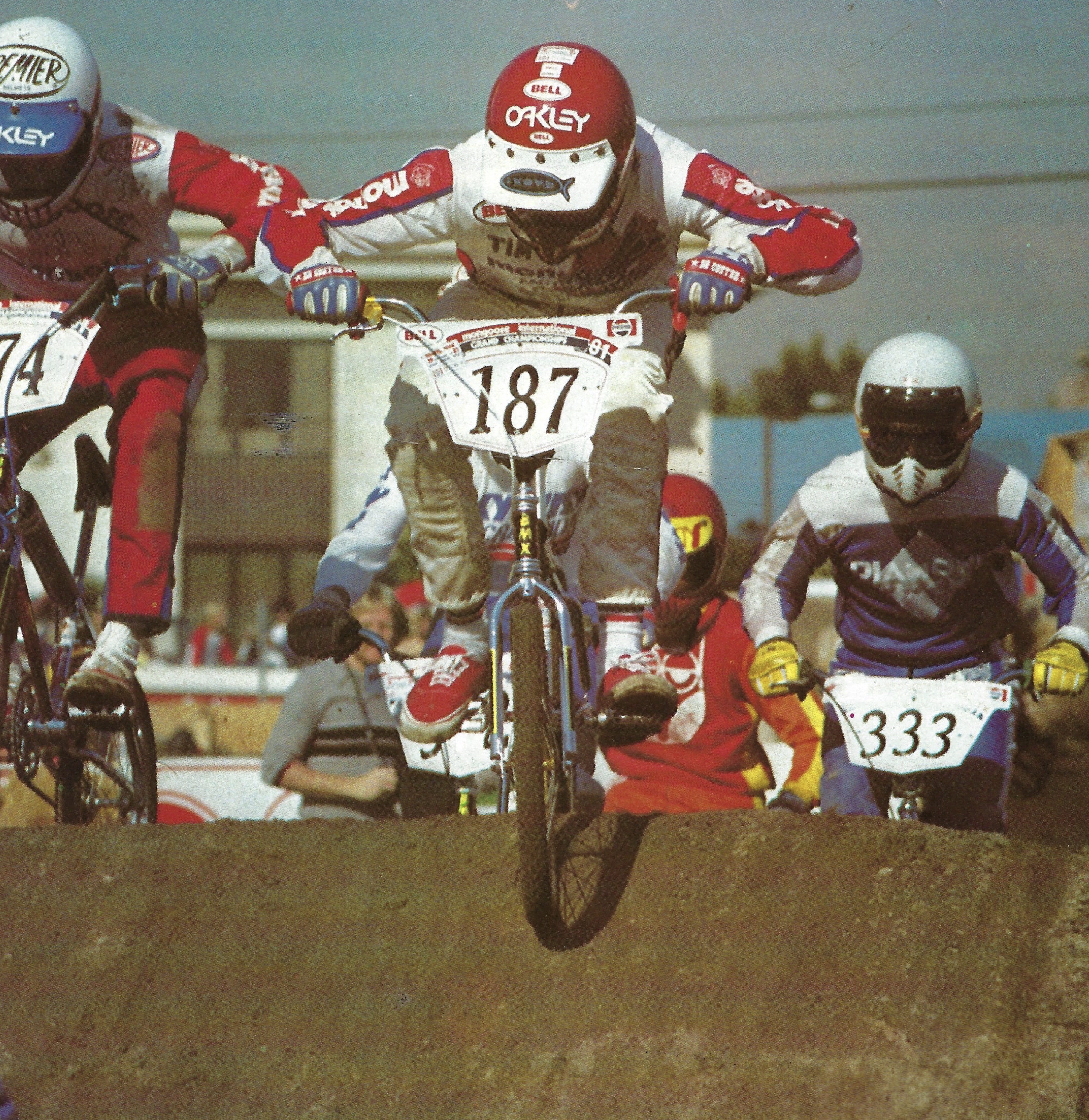 Back in the early 80s only a handful of British riders had crossed the pond to race in the US; Alan Woods & Dave Arnold being the first – shortly followed by the UK Mongoose Team which was featured in BMX Action Bike Issue 1, which was a trip to California funded by UK importer, Malcolm Jarvis.

Tim March, Andy Ruffell, Brian Jones, Craig Schofield, Chris Young & Matt Oakley all made the trip over to California to race some local So-Cal events and to also compete in the Knott’s Berry Farm Mongoose International event, which was well-documented in all of the main BMX publications at the time.

Tim March ( pictured ) made it as far the 16 plus semi – crashing out but still gained valuable experience racing with the World’s best during the short period of time Tim spent riding for Mongoose.

Matt Oakley was the only rider on the team that figured in the results winning his class and with that came some well-published, mainstream media back home including a segment on Blue Peter when the team returned.