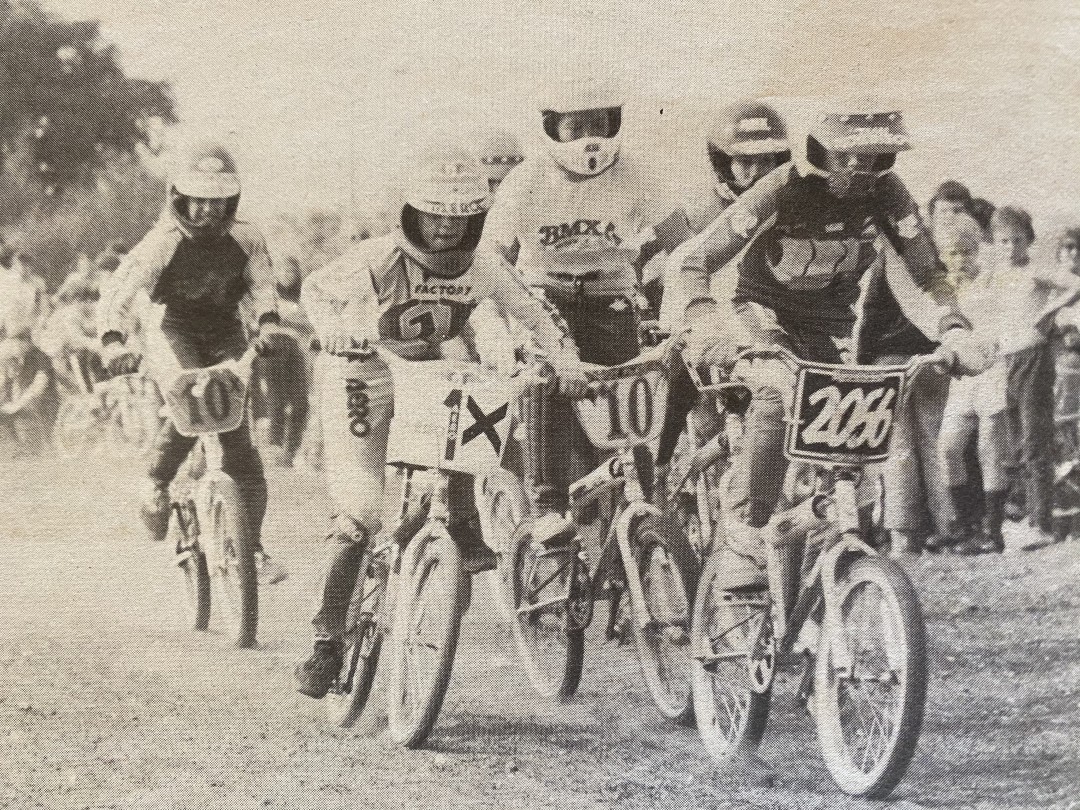 1983 things get interesting after NBMXA rolls out its first year of National & Regional racing alongside the NBMXA British Championships at Derby Greyhound Stadium. Meanwhile, UKBMX has a full National Series alongside the UK Open Championships at Knebworth House. If anyone has the Knebworth results please let us know so we can add them to the site. It looks like it was not covered in any magazines.

Andy Ruffell becomes the only rider to win 3 UKBMX Title years in a row in 83 Craig Schofield & Tim March win their 2nd. With the start of NBMXA, a whole host of new names became National and British Champions.
Pictured: Debbie Scott Webb (GT) Alice Temple (Robinson) who both won their 2nd UKBMX National titles in 83. Debbie won in 81 and Alice the previous year.