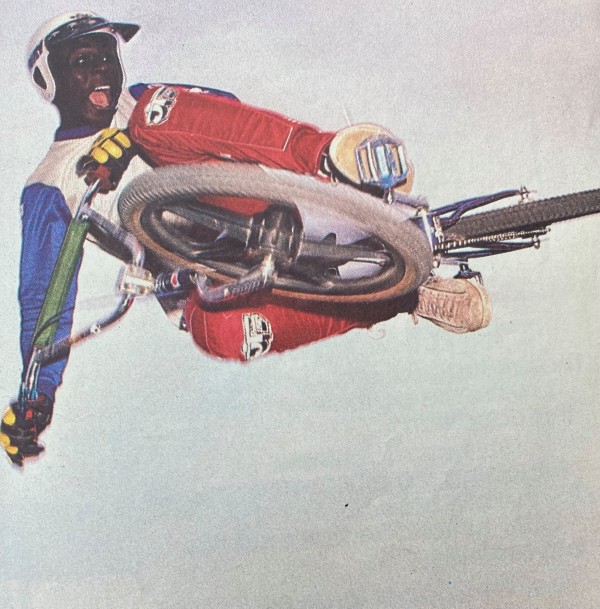 Next up, it’s time to tip the hat to one of the Westway OG locals, featured in BMX Action Bikes “Meanwhile Madness” article, August issue 1983 2 page spread – Mr. Errol Mclean.

Errol, one of the Brunswick Boys crew who I think also worked at the legendary shop Alpine Action at some point. You cannot see any photos or video footage from those early 80s days from Westway without Errol being in the mix or featured.

Errol went on to ride for teams like Diamond Back, Skyway, Rainbow JMC and Hutch during the 85 Kelloggs and had a long stint on Edwards.

So much history, talent and foundation for UK BMX was made in London during those early 80s in BMX. Anything Scott Dick or Nigel Beatty posts are always a great read with their roots. And, I definitely think Errol is a huge part of that history.